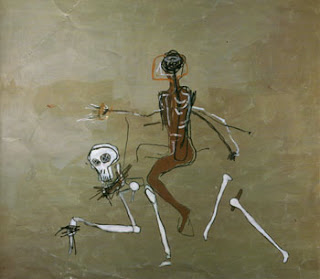 Pardon me? They didn't kill the black guy? Oh, I see... yet... they didn't kill him yet (Hours later, Troy Davis, murdered by the state, with help from...)

If this is a "wait for the angries to go home" ploy (like the smell coming from the not-at-all-the-same-thing delay in Tim DeChristopher's sentencing), I'd expect a little blow-back.

Any doubt that this delay is a Justice-say-what? cost/benefit move? We sure would love to do the right thing here — poison this nigger black african american (colorblind era) guy's body — a body that had the chutzpah to send violence up the ladder of authority — until all life ceases... but is it worth it to follow our hardened principle of destroying human beings with black skin? It sure seems like a lot of people are acting like "doing-what-we-do" is a problem... Let us pray. 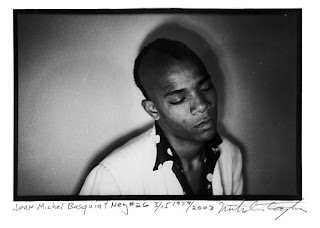 If they didn't already have a riot on their hands, they will now — assuming they ultimately go along with the death ritual (which is not to say I'm getting all ginned up with riot punch, but check it: since killing the colored folks is this culture's most sacred rite, it's only fitting that this would be the catalyst for a BOOM FOR REAL.

I'll go back outside now.


As a below bonus, I was generous enough to transcribe the Important President Teaching Announcement from this morning, or whenever: 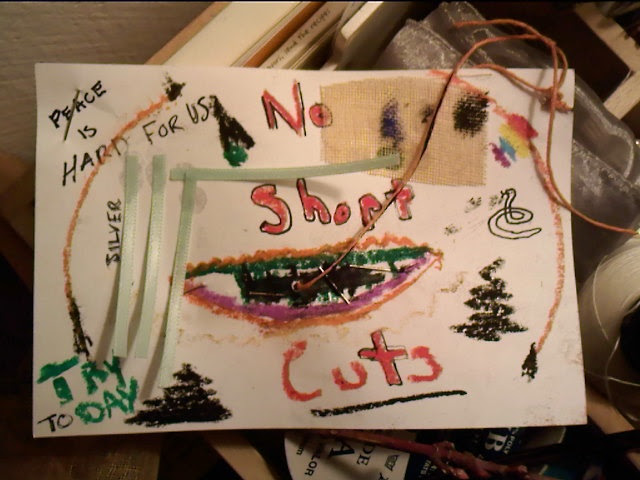 searching for a speeding ticket in the Mega-Macro-Cosmos

In what I'd call misfortune, I recently recalibrated my taste buds to the moribund flavors of mass reality — see previous post as a guide to the things I was dipping my head into.

Energies now revamped, possible sights of gettin' weird anchor the moment. The alien has revisited me, ready to be further metabolized.

PKD and Terence, I offer a nod for the connections they've bridged:

I actually had to develop a love of the disordered & puzzling, viewing reality as a vast riddle to be joyfully tackled, not in fear but with tireless fascination. What has been most needed is reality testing, & a willingness to face the possibility of self-negating experiences: i.e., real contradictions, with something being both true & not true.The enigma is alive, aware of us, & changing. It is partly created by our own minds: we alter it by perceiving it, since we are not outside it. As our views shift, it shifts. In a sense it is not there at all (acosmism). In another sense it is a vast intelligence: in another sense it is total harmonia and structure (how logically can. it be all three? Well, it is).

That's PKD via a McKenna essay

And here's a nearby mushroom I've had my eye on on: 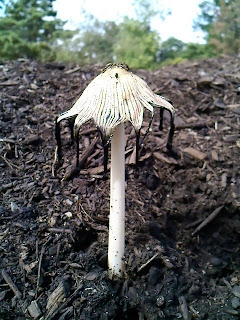 It's called Coprinus comatus (sleepy astronomer?): common and I suppose mild (relative to the more astonishing fungi)... however, it exhibits a stunning, and speedy, physical cycle. You can see how the gills are deteriorating into a black drop with mucous-like texture. It has released its spores, and will be disintegrating further quite rapidly, perhaps I'll update.

Enjoy
Posted by what the Tee Vee taught at 3:08 PM 1 comment: